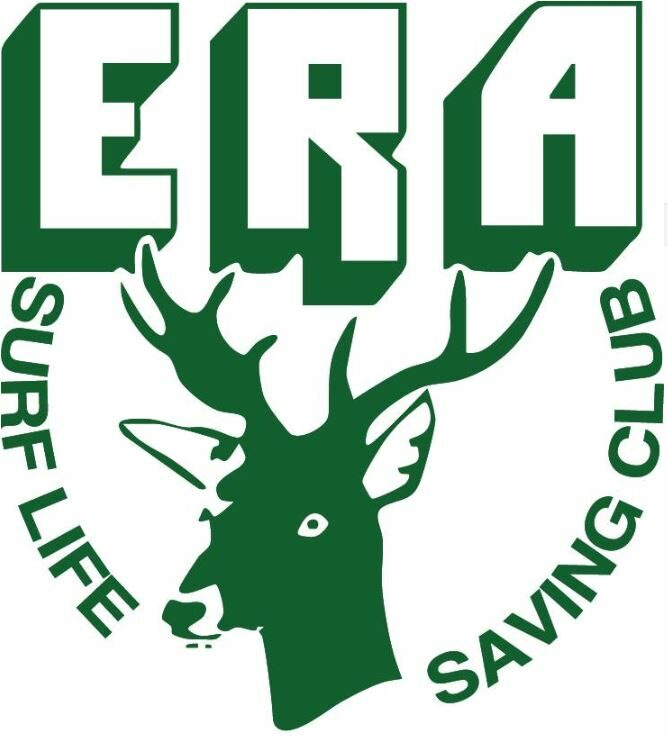 Era Surf Life Saving Club’s (SLSC) history dates back to the early 1900s where the land was first used as a camping area by families from Helensburgh. The first permanent shack was built in 1918 and by the end of the 1920’s with the onset of the Depression, miners who were out of work and their families lived at era growing vegetables, catching fish and rabbits.

Throughout the 1930’s along with the growth of the outdoor movement at the time many people began to hike through the area exploring the National Park and beaches. As people discovered the area the number of shacks began to increase. These new shack owners would travel to lilyvale station and walk five miles to Era carrying all their gear. In 1938 a hiker drowned at Era beach and it was decided Era SLSC would be formed. The first bronze squad went into training at freshwater and to this day, volunteer patrolling members commit to serving the community and keeping the public safe.

In 1945 area was up for sale and the shack owners attempted to buy the Era Beach and the surrounding area. This was unsuccessful and the land was incorporated into the National Park in 1950 who implemented new rules and regulations for shack owners. No new shacks were allowed to be built and the weekly rent, 2/6 (two shillings and sixpence), was paid to the National Park Trust.

A period of stability followed until the 1960’s when the rent was increased 100% which caused hardship for some families. The newly formed National Parks and Wildlife Service (NPWS) required all shack owners to sign a Condition of Occupancy Licence to remain on the land. There were some harsh inclusions, particularly that the shacks could no longer be transferred and must be demolished when the owner of the licence died. Some shack owners refused to sign and their shacks were demolished but the majority continued with the intention of trying to change the situation.

At the end of the 1970’s the active members had dwindled and the club seemed to be on the verge of closing. This situation began to improve when the rules were changed and women were able to become active members. The acceptance of women joining surf clubs aligned with the times with women’s rights being promoted in a broad range of social activities. The first Women’s Bronze squad was trained in 1981 and women patrol members are an essential part of all patrols.

Following a concerted effort by the shack owners network, Era Beach and its community were heritage listed by the National Trust in 1993 and then listed on the National Estate in 1994. This has ensured the ongoing life of the community and therefore Era SLSC. State Heritage listing was achieved in 2012.

Era SLSC has been particularly active boating with surf club crews participating in a number of surf carnivals over many years. Surf boats that have battled the waves with our crews include Pylon Lookout, Blue Hole, Great Mates, Wiz Weldon and Dave Medlin. Era’s Open Boat Crew winning the State Championships at Evans Head in 1981 was a proud highlight for the club.

The Era Clubhouse was rebuilt by the Era community in 2012 with the assistance of the NSW government grant following sustainable practices – solar energy, rainwater storage tanks, eco-friendly toilets. The clubhouse is now the social hub of the Era SLSC community and many activities take place throughout the year – New Year’s Eve celebrations, Easter Egg Hunt, Golf Day, Christmas with Santa as well as many Happy Hours. There is also a very active Nipper group and boat crews who meet regularly at Era during the season and compete at State and National Championships.